CONFESSIONS OF A TORTURED SOUL 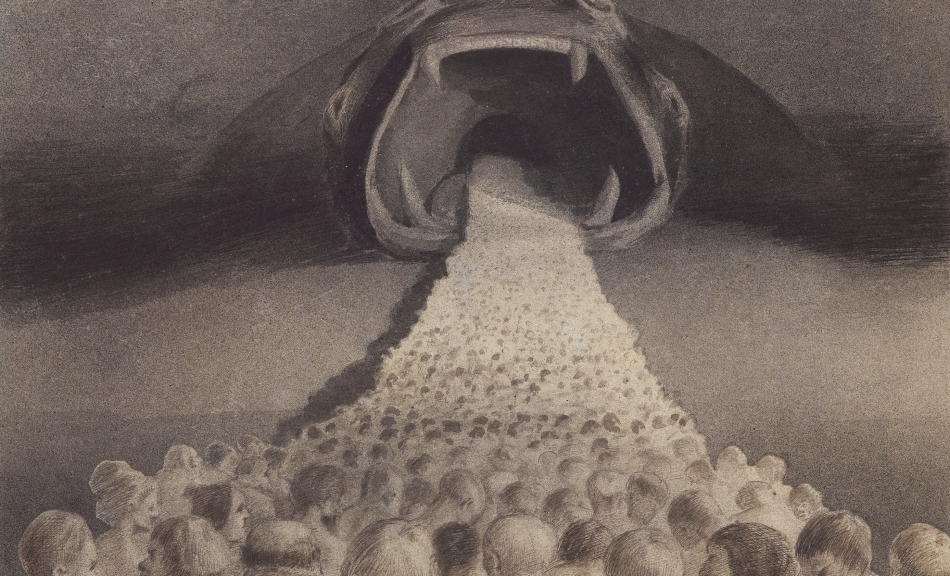 The art of the great draftsman, illustrator and author of the novel The Other Side, Alfred Kubin, appears more current today than ever before: for it was violence, wartime destruction, pandemics, natural disasters, the manipulation of the masses and other abysses of human existence that pervaded his highly narrational works. The oeuvre of this fantastical creator confronts us with pessimistic visions which – to quote Schopenhauer – delineate “the worst of all possible worlds”.

After a childhood shaped by setbacks and depression, Kubin moved to Munich in 1898, where he began to study art. His first visit to the Alte Pinakothek left him “filled with astonishment and ecstasy”. He described seeing Max Klinger’s etchings as a “cascade of visions of black and white images”. As we know from his biographical notes, he subsequently familiarized himself “with the entire graphic oeuvre of Klinger, Goya, de Groux, Rops, Munch, Ensor, Redon and comparable artists”. It was from this variety of impressions and artistic positions, but especially from his own empirical and emotional worlds and unbridled imagination, that Kubin created his unparalleled, mysterious-fantastical oeuvre.

The exhibition at the Leopold Museum is the first to attempt an exploration of Kubin’s oneiric worlds – which all too often enter nightmarish-somber spheres – in terms of their relation to the unconscious and the deep dimensions of the psyche. In this interpretation attempt, the psychoanalyst and psychiatrist August Ruhs will orient himself on works by Kubin selected by curator Hans-Peter Wipplinger with specific thematic emphases in mind. Kubin’s works are placed into a dialogue with works by artists of the 19th century and of Classical Modernism from which Kubin derived inspiration for his oeuvre. Kubin’s dystopian visualizations are composed of actual and imaginary reality: a synthesis in which the uncanniness of these pessimistic realms is often seasoned with humor, irony and exaggeration.