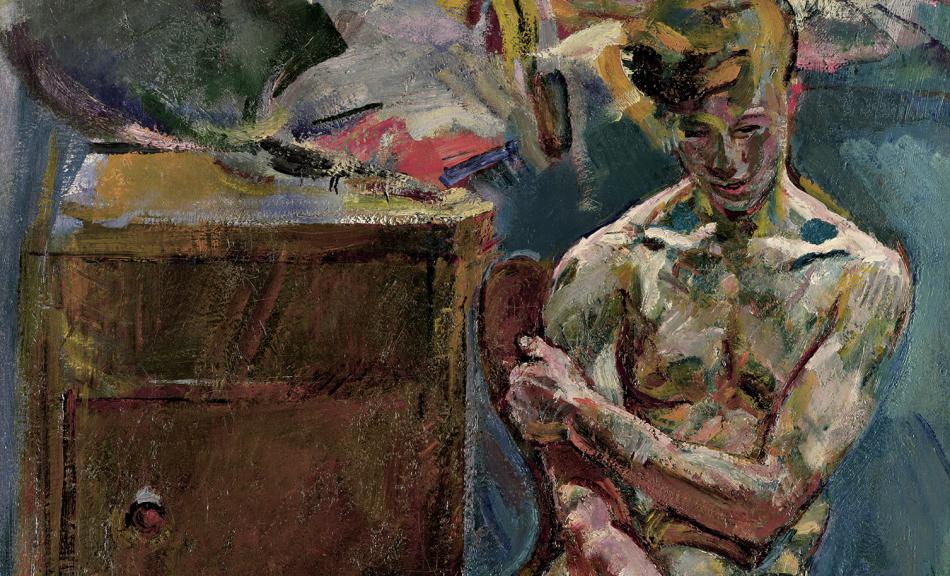 FROM EXPRESSIONISM TO NEW OBJECTIVITY

“I went by way of Klimt until March. Today I believe I am someone entirely different.” This statement by twenty-year-old Egon Schiele could well have been said by other artists of his generation. Schiele’s first solo exhibition at the Miethke Gallery in the spring of 1911, as well as the sensational presentation of Oskar Kokoschka’s work at the 1908 Kunstschau, marked the emergence of new modes of expression in Viennese painting. These were not subversive steps; rather, starting in 1910 the Klimt-esque aesthetic was progressively and collectively elaborated upon and over time translated into a more visual, ecstatic, and distorted modality.
The year 1918 brought not only the collapse of the Habsburg Empire itself, but also, through the tragic deaths of artistic innovators Gustav Klimt, Egon Schiele, Koloman Moser, and Otto Wagner, Vienna’s loss of radiance as an art metropolis. At this time Kokoschka, who had been badly wounded in the war, stayed in Dresden and, until the 1930s, returned only sporadically to the city of his early successes. The art scene increasingly took hold in the federal states of the young republic, but also in South Tyrol, where Albin Egger-Lienz created his monumental late works.
The often-fragile economic conditions and political upheavals of the interwar period were in certain instances reflected in the art of the time. Escapist perspectives served as an alternative to engaged art, pushing concerns of style to the foreground. Relapses into Czech Cubism, an increased interest in Cézanne, and compositional borrowings from the Baroque can be observed, especially in the early 1920s. Anton Kolig, a Carinthian-by-choice and the main representative of the Nötsch Circle, devoted himself to the interface between homoeroticism and the mythical transfiguration of the motif of the male nude. Otto Rudolf Schatz, from Vienna, and Rudolf Wacker, from Vorarlberg, took a different path, using meticulous brushstrokes reminiscent of the old masters to explore the dark abysses of the unsettled individual. The Leopold collection’s possession of major works by Anton Faistauer, Herbert Boeck, and Josef Dobrowsky complete the picture of diversified art production in the interwar period.