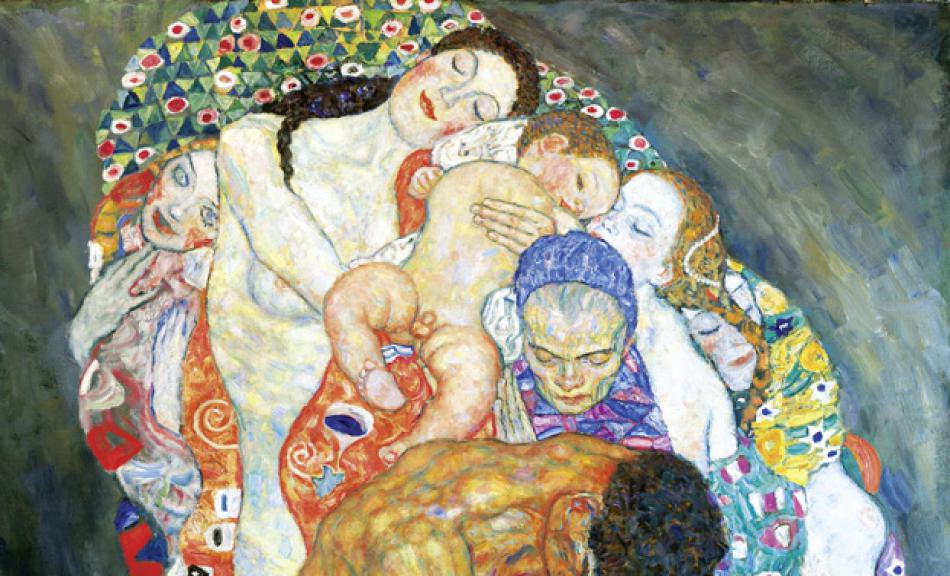 Alongside Egon Schiele, Gustav Klimt (1862–1918) is another turn-of-the-century pioneering art figure, whose oeuvre is represented at the Leopold Museum by pivotal works. Klimt’s artistic beginnings were initially steeped in the traditions of the Gründerzeit and historicism and included commissions carried out by the studio collective known as the ‘Künstlercompagnie’ (Artists’ Company) that he founded with his brother Ernst Klimt and Franz von Matsch, as well as realistic portraits such as Young Girl Sitting from 1894 (part of the Leopold collection). In the mid-1890s, his path led him to reject this initial phase to go on to develop a highly individualistic style. Formulated for the University of Vienna’s Great Hall, Klimt’s radical designs for the Faculty Paintings triggered a veritable scandal, while at the same time advanced him as a pioneer of Austrian Modernism. In 1897 he resigned from the academic Künstlerhaus and, together with a group of like-minded artists, founded the trailblazing Union of Austrian Artists - Secession, acting as the group’s first president.

In addition to the launch of his “Golden Period” and his renowned decorative-ornamental representations of women from the Viennese bourgeoisie, Klimt discovered the landscape as yet another cherished motif in his painting practice. Outstanding examples from the Leopold Collection include On Lake Attersee (1900), in which Klimt reached the limits of abstraction, and The Great Poplar II (Rising Thunderstorm) (1902/03), which emerged over the course of his annual summer sojourns in the Salzkammergut. With the artwork Death and Life, painted by Klimt in 1910/1911 and revised in 1915/1916, the Leopold Museum is in possession of one of Klimt’s greatest allegorical pieces, in which, by means of daring composition, he was able to illustrate the cycle of human life.