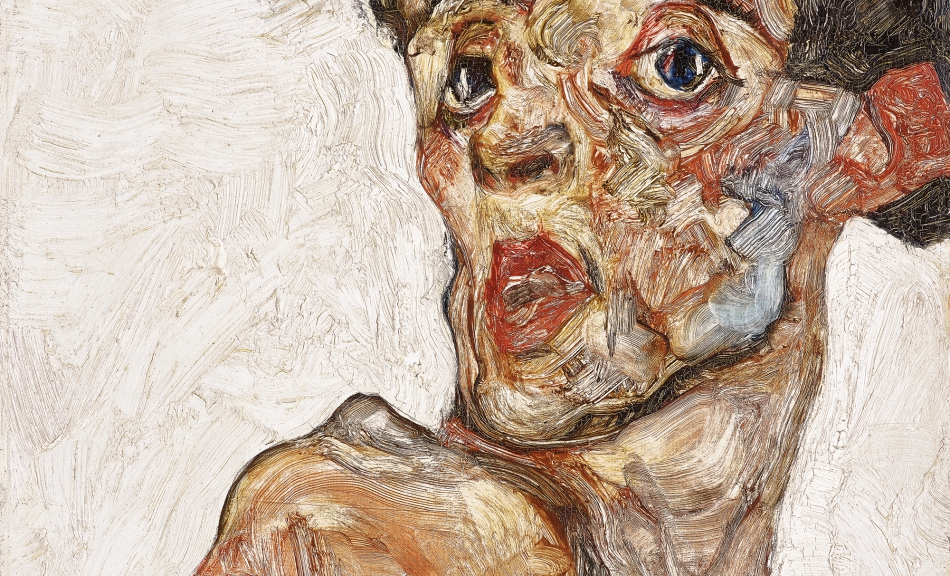 In a brief life cut short by the Spanish flu, Egon Schiele (1890–1918) managed to create an oeuvre that was both symptomatic of and groundbreaking for his times, making him one of the most formative and colorful figures of Viennese Modernism. His early knack for drawing led Schiele to the Vienna Academy as early as 1906, to a class led by Christian Griepenkerl, whose rigid structures did not speak to Schiele’s own ideas. With the formation of the Neukunstgruppe in the summer of 1909 and his sensational, partly-celebrated, partly-demonized appearances on the Viennese art scene, Schiele, convinced of the quality of his art and equipped with a sense for networking, became the spokesman for a generation of young ambitious artists in the years to come.
At the center of his artistic interest was the contemplation of his own existence, as reflected in countless self-portraits as well as landscapes and cityscapes. Schiele stylized himself in his works and letters as a sage and clairvoyant, as a conduit with an intense sense of reality and truth. Using eccentric gestures and facial expressions, he conveyed the urgency of relentlessly interrogating the body and postulated self-reflection as a quasi-blending of corporeality and sexuality with existential questions. It was through this approach that Schiele was able to find analogies at the level of visual arts for the crisis of the individual that was addressed in myriad ways in philosophy, psychology, literature, and theater in Vienna around 1900.
With its 42 paintings, 184 watercolors, drawings, and prints, as well as numerous writings and miscellaneous texts, the Leopold Museum houses the largest and most important Schiele collection in the world.