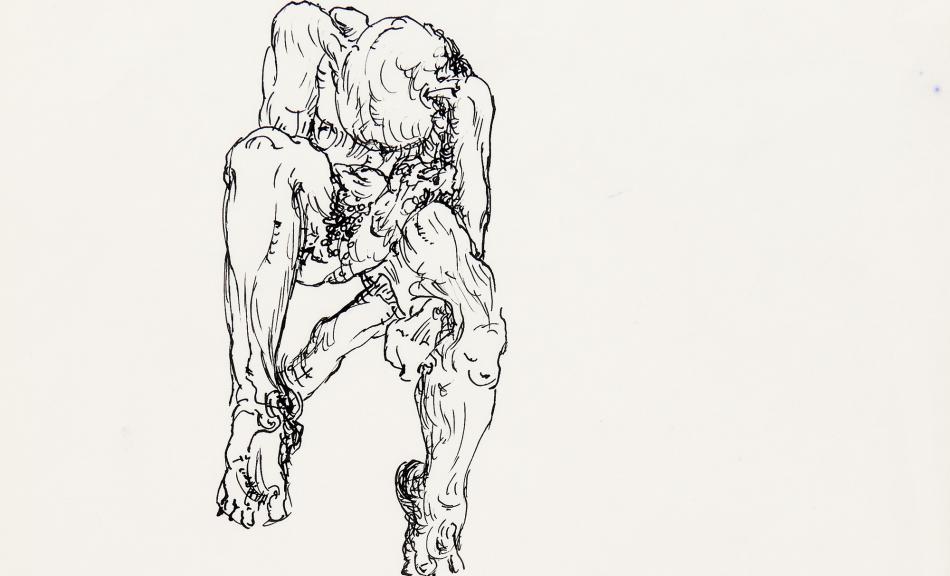 Egon Schiele (1890–1918), Gunter Brus (* 1938) and Thomas Palme (* 1967) – three enfants terribles of their respective generations – have broadened the conventional concept of art with their works. Schiele’s unsparing exploration of the individual, of the self, provided a necessary but unsettling prelude to the 20th century ravaged by two world wars. In the 1960s, Günter Brus revisited the body as a major theme in art and radicalized Schiele’s analysis of the self by leaving paper and canvas behind early on and literally subjecting himself to a tension test. A generation later, it is now Thomas Palme who continues Schiele and Brus’ legacy with his graphic works by quoting them, following on from their ideas and responding to them. The exhibition will provide for a fictitious – and between Brus and Palme also direct – dialogue which, despite all existential pain, will transcend temporal, spatial and social borders at times also in a playful manner.