From Stefan Zweig to Arnold Schönberg, from Grete Wiesenthal to Maria Jeritza 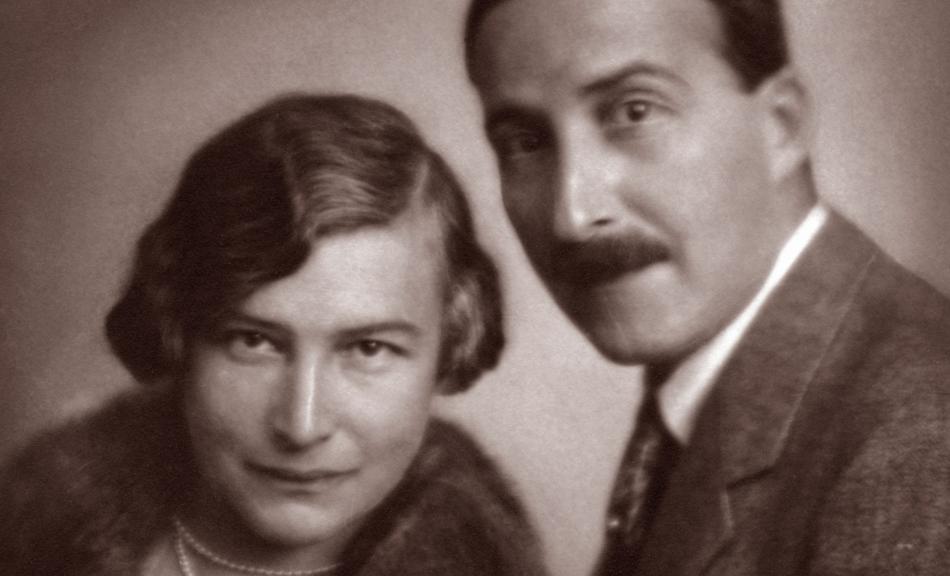 Within the framework of the new permanent presentation “Between the Wars. Art from 1918 to 1938”, the Leopold Museum now affords interesting insights into the sophisticated world of Viennese society of the 1920s and 30s with a selection of unique photographs from the studio of the Viennese photographer Franz Xaver Setzer.

The directors of the Leopold Museum, Franz Smola and Peter Weinhäupl, are delighted to be able to afford a first comprehensive insight into the abundant archivesof the photographic studio Setzer-Tschiedel with this presentation: “The studio Setzer represents a hitherto forgotten treasure of Austrian photographic history. Within the framework of our comprehensive new presentation of the museum’s collection of Austrian art from 1918 to 1938, this photographic exhibition provides a wonderful addition to the paintings – starting with works by Herbert Boeckl all the way to Albin Egger-Lienz – the extensive timeline and the historic film material on display”.

Under the heading “Viennese Society”, the photographic expert and head of the picture agency Imagno, Gerald Piffl, has put together an interesting selection of more than one hundred portrait photographs from the 1920s and 30s for the Leopold Museum. Piffl: “The archives of the photographic studio Setzer-Tschiedel, which is still family-owned, represent an invaluable gem of Viennese photographic history and an extraordinary testament to Viennese cultural history.The initial insights shown here can be seen as a preliminary report on the ongoing exploration and analysis of the studio, which is to be followed by an in-depth presentation in the near future”.

Franz Xaver Setzer (1886 - 1939) was one of the most important photographers of Viennese society in an era full of style and glamour. Opened in 1911, his attic studio in the Museumstraße in Vienna’s 7th district soon became a meeting place for the rich and famous, for artists and the bourgeoisie. Setzer’s studio is the only photographic studio from the interwar period to have survived in its original condition until today.

Grand opera: Divas from Jeritza to Lehmann as guests of Setzer’s

For stars from the stage, a visit to Setzer’s studio was an absolute must. Operatic divas, including Maria Jeritza, Elisabeth Schumann, Jamilla Novotná and Lotte Lehmann, as well as the start tenor Leo Slezak, were only too happy to be photographed by Setzer and had a fondness for being portrayed in their stage costumes.

Franz Xaver Setzer not only captured opera singers on camera but also composers, directors, theater actors and everybody who was anybody in the world of the stage. Notable literary figures, such as Stefan Zweig, Arthur Schnitzler, Felix Salten and Richard Beer-Hofmann, as well as the brilliant director Max Reinhardt, were photographed by Setzer in his inimitable manner. Composers of the early 20th century, including Giacomo Puccini, Richard Strauss, Maurice Ravel and Arnold Schönberg, as well as the operetta composer Franz Lehár, were immortalized by Setzer in the 1920s. A wonderful example from the glamorous age of operettas is a photograph of the soprano Betty Fischer in a role from the operetta “Die Königin” by Oscar Straus.

Two photographs taken in the 1930s show eminent conductors with dramatically diverging biographies – the frontal view of a serious looking Bruno Walter, who had to emigrate first to Austria and later to the US following the rise to power of the National Socialists, and the distinctive profile of Clemens Krauss, who was adored by the regime.

Equally impressive are the portraits of the legendary actors Conrad Veidt, depicted in his role of Cesare from the film “The Cabinet of Dr. Caligari”, Raoul Aslan, Emil Jannings, Attila Hörbiger, Paula Wessely, Ewald Balser and Wolf Albach-Retty.

From the Federal President to an aviation pioneer

Further highlights among these photographs taken in the 1920s and 30s include the portraits of the Federal President Wilhelm Miklas, of the entrepreneur Julius Meinl III and of the aviation pioneer and inventor of the Etrich Taube, Igo Etrich. Particularly interesting are the photographs of Elisabeth Ephrussi, the grandmother of Edmund de Waal, author of “The Hare with Amber Eyes”, of the German developmental psychologist Charlotte Bühler, of the photographer Lisette Model and of the dancer Grete Wiesenthal. The portrait of actress Lotte Medelsky as Marthe Schwerdtlein in Goethe’s “Faust” is delightful, while that of the dancer Toni Birkmeyer as Carnival Prince is dashing. The three “Children of Baron Loudon” are adorable, while the 1929 photograph of the elegant Norwegian-born entertainers “The Rocky Twins”, who enjoyed great popularity in the US, is somewhat peculiar.

Pictures of a young Rudolf Leopold

The photographs of a young Rudolf Leopold with his family, which were taken at the studio Setzer-Tschiedel in the 1940s, represent both a digression and a delicacy.

After Setzer: Assistant Marie Tschiedel takes over and preserves

Following Franz Xaver Setzer’s death, his assistant Marie Karoline Tschiedel (1899 - 1980) took over the studio, which she ran until 1979. While the studio closed that year, it has remained unchanged until today thanks to a series of fortunate circumstances.

Thearchives of the studio Setzer-Tschiedel have survived almost in their entirety and afford fascinating insights into all the facets of a leading Viennese portrait studio. To this day, the archives still comprise some 20.000 glass plates. The meticulously kept plate book and the prints stored in boxes have survived along with the sample books containing portraits of actors, singers and dancers and the studio’s telephone directory and guestbook.

The portraits of popular Viennese theater and opera stars were published in numerous magazines and books and were collected by their admirers in the shape of postcards. For portrait photographers like Setzer, these photographs of famous artists represented an important source of income and also served to enhance the studio’s reputation. The actors and singers commissioned these portrait cards to be able to distribute them, but they were also snapped up by their fans and admirers. Wealthy customers had their photograph taken at the studio, while upper-class families made up the regular clientele. In their abundance, these photographic portraits by Franz Xaver Setzer provide an impressive visual register of Viennese society of the first third of the 20th century.

Information on the studio Setzer-Tschiedel

For further information on the studio Setzer-Tschiedel please visit the website: www.setzer-tschiedel.at