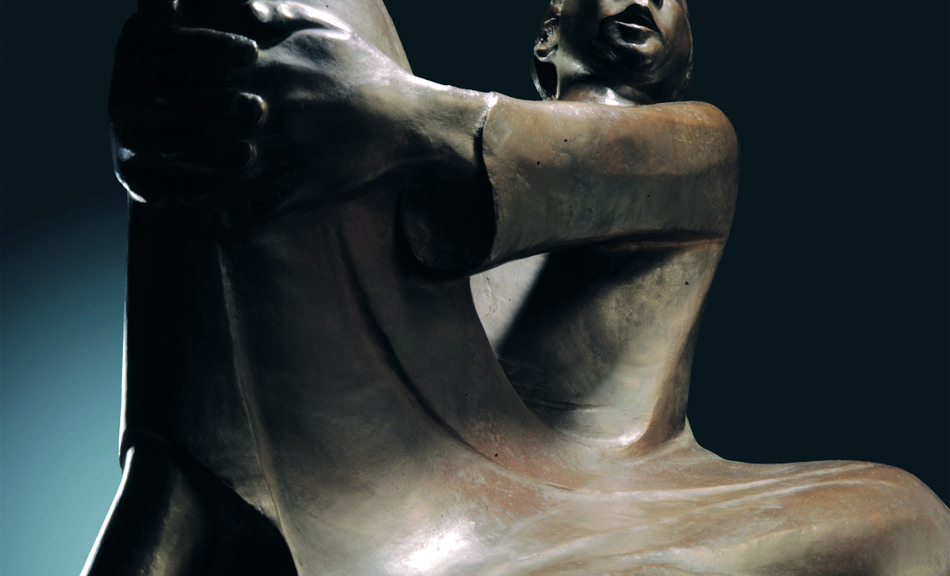 An exhibition in cooperation with the Ernst Barlach Haus Hamburg

In 2009 the Leopold Museum is presenting the work of Ernst Barlach (Wedel 1870 – 1938 Rostock) in the most extensive retrospective of his work in Austria to date. More than 40 sculptures and 100 drawings from the oeuvre of one of the most significant exponents of German Expressionism are to be presented in Vienna.

Ernst Barlach’s work can be understood as an outcry of the oppressed creature, whereby his depictions also transport the spirituality, the still greatness of everyday men and women, as seen in subjects like the old farm woman or the shepherd playing his flute. At times his art displays an intense gesturalism, as in the reunion between Christ and St. Thomas.

Barlach found his models, who generally were farming or working men and women, in Germany and during his stay in Russia in 1906. The work, like Ernst Barlach himself, was rooted in the North. After stays in France, Russia and Italy he returned to Northern Germany, where he created his key works in the small city of Güstrow. While so many other painters and sculptors were at the beginning of the last century searching out the “new” in distant and exotic lands, Barlach wanted to discover it in his own culture.

Ernst Barlach’s early work remained within the traditions of Symbolism and Jugendstil. During his stays in France, Barlach could develop little enthusiasm for the work of Rodin. It was not until he returned from an extended stay in Russia in 1906 that he found his way to his own compact style. In 1910 he set up a studio in Güstrow and established his residence there. He increasingly reduced the bodies of his figures to the essentials. In 1926 Barlach began to accept public commissions for monuments and memorials, which were removed or destroyed following the rise of the National Socialist regime in 1933 and restored in 1945. During the Nazi era the sculptor’s work was considered “degenerate art”.

During these difficult years Barlach found a supporter in the Hamburg art patron Hermann F. Reemtsma, who acquired drawings and sculptures from him. In 1934 Reemtsma commissioned Barlach with the production of the “Frieze of the Listeners”. After the artist’s death in 1938 Hermann F. Reemtsma remained his most important advocate. In the late 1950s he created a foundation that made his collection of works by Ernst Barlach accessible to the public on a permanent basis.

In 1960 Reemtsma commissioned the erection of a museum building in Hamburg that would become the Ernst Barlach Haus, which in accordance with the donor’s wishes was built in the vicinity of the Elbe River. The museum houses the key Barlach collection world-wide. Most of the works shown in this exhibition are from the Barlach Haus.

The essence of Ernst Barlach’s art lies in his ability to express his devotion to and love for his fellow human beings in drawings and sculptures. His work is seen as symbolising an era of upheaval. Although Barlach first greeted the outbreak of war in 1914 with enthusiasm, he later became a pacifist on account of his personal experiences. The artworks that he produced after 1918 frequently express a deep spirituality, which is manifested in more tranquil forms and unified contours.

Ernst Barlach was also an inspiration to the devoted pacifist Käthe Kollwitz, who suffered deeply under the loss of her son in the war. The spirituality expressed in Kollwitz’s work was a result, as it was with many of her contemporaries, of the feelings of desperation aroused by the neediness and sorrowful state of the impoverished population. Alongside those of Barlach, her works number among the most moving artworks created during the 20th century. The kindred spirit demonstrated by the work of Ernst Barlach and Käthe Kollwitz is unmistakable, although the artistic relationship between the two should not be simplified to mere harmonious agreement.

The exhibition of these two artists’ work, which is being presented in co-operation with the Ernst Barlach Haus – Stiftung Hermann F. Reemtsma Hamburg, traces the numerous points of personal contact between Ernst Barlach and Käthe Kollwitz while also accenting the noteworthy contrasts existing between the two. An artistic “dialog” unfolds from the meeting of their works.