at the Leopold Collection 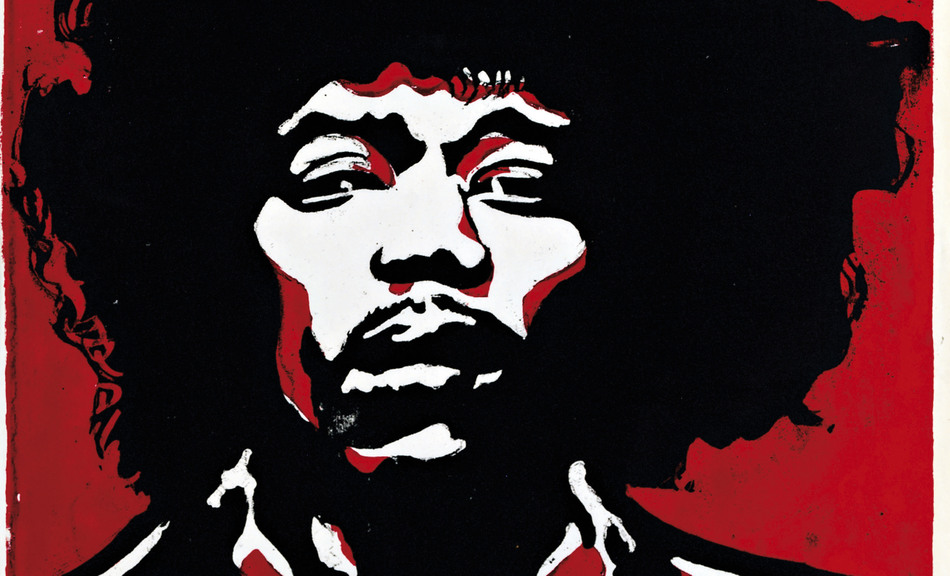 At the centre of the exhibition Otto Muehl – Leopold Collection is Otto Muehl’s art. The selection of works by collector Rudolf Leopold makes it possible to focus on the „artistic side“ of the Muehl story. In this compilation, the quality of each individual work was the most important criterion. The resulting exhibition at the Leopold Museum shows Otto Muehl to be a thoroughly independent spirit.


This showing includes around 80 large-format oil and acrylic paintings as well as 20 works on paper from the years between 1962 and 2000. The exhibition’s highlight is the Vincent series of 1984.

Where the artist – such as here in this series, which harkens back to Van Gogh – makes use of the stylistic forms which underlie famous works of his artistic forbears, he does not imitate, but much rather paraphrases, thus lending the old forms new meaning and energy. The effect of these paintings is powerful, lively and often brutally unconventional. They are convincing not only in terms of their form and colouration, but are also original, humorous and spontaneous, uninhibited in their depictions and springing from an energetic impetus.

The exhibition at the Leopold Museum has been curated and hung by Rudolf Leopold and his younger son Diethard Leopold. Diethard Leopold had already been involved in curating the new presentation of the permanent collection Vienna 1900 on the museum’s top floor together with Peter Weinhäupl in 2008.

Danièle Roussel, head of the Archives Otto Muehl organisation of the „artlife“ community in southern Portugal – where Muehl, who is seriously afflicted by Parkinson’s disease, lives today – provided valuable information on the titles and contents of individual works; please also see her written contribution to the catalogue. Hubert Klocker, expert on actionism of the MUMOK and head of the Friedrichshof Collection, also wrote for the catalogue. He provided important pointers and information on the backgrounds of individual works and of whole groups of works, and he assumed a leading role in the structuring and titling of the exhibition’s individual sections.

The process leading up to the exhibition also featured several open informational discussions with the group re-port, which is highly critical of Otto Muehl, as well as with a representative of the Friedrichshof Cooperative. This was done in order to guarantee that no images depicting victims of the sexual assaults during the period of 1981-1989 are depicted, exhibited or printed in the catalogue.

The exhibition will be accompanied by a catalogue published by Brandstätter. Furthermore, the Leopold Museum will be publishing interviews concerning the topic of Otto Muehl on its website (www.leopoldmuseum.org).
Finally, the Leopold Museum would like to make clear note of the fact that the Otto Muehl exhibition contains openly sexual motifs and depictions of perversions, as well as of the most brutal violence, and that two of the exhibited works also have the potential to offend religious feelings.

GENESIS AND SCOPE OF THE COLLECTION
The overwhelming share of the objects on exhibit comes from the private holdings of Rudolf Leopold (Leopold Collection II). The collector’s attention was first drawn to Muehl’s works during the 1990s. At this point in time, Muehl was serving a prison sentence (1991-1997).

Leopold first became acquainted with works by Muehl – most of the works he saw were graphic prints – at the Dorotheum, a Viennese auction house. Soon thereafter, he learned that there were still quite a number of works by Muehl for sale at the Friedrichshof compound in the province of Burgenland.

Inspecting the paintings there was no easy undertaking, since they were not placed on rolling carts but rather stored on square wooden frames. Even so, Leopold travelled to Burgenland often to retrieve works from storage, and/or had works retrieved. While many of these were rather large and heavy, there were also many works on paper.

From that point onward, Leopold made repeated trips to Burgenland in order to purchase works at Friedrichshof. The employees of the Friedrichshof commune still have many memories of his often lengthy art-related visits.

Soon thereafter, Leopold also go to know the Portugal commune’s Dani le Roussel, who accompanied him to Friedrichshof and to the correctional facility in Vienna where Otto Muehl was still serving his prison sentence.

Today, the private collection contains over 240 works by Muehl.

OTTO MUEHL – BIOGRAPHY
1925 Otto Muehl is born to the housewife Wilhelmine Zumpf and the primary school teacher Otto Muehl in Grodnau, Burgenland province (district of Oberwart) on 16 June. He attends primary school and Realgymnasium [a secondary school emphasising the sciences] in Burgenland.

In 1940, he is inducted to the Landdienst, a forerunner organisation to the Hitler Youth.

1943 After completing his Reichsarbeitsdienst [State Labour Service], he is conscripted by the German Wehrmacht, where he advances to the rank of lieutenant. Muehl sees combat in the Ardennes Offensive (Battle of the Bulge). Otto Muehl’s father and brother are killed in action during the Second World War.

1945 Following the war’s conclusion, Muehl flees from the Soviet Army on foot and works for a while as a horse groom until he is able to cross the line of demarcation.

1948 Muehl pursues university studies in German language and literature as well as in history. He graduates with a teaching certificate in 1952.

1952 While studying art education at the Academy of Fine Arts Vienna, Muehl works on the side as a drawing instructor at a residential therapy centre run by the city of Vienna.

1958 Muehl works as a drawing therapist at a home for developmentally impaired children led by Eva Rosenfeld (1892–1977), a student of Sigmund Freud.

1960 The first solo exhibition by Otto Muehl, at which he gets to know Günter Brus and Alfons Schilling.

1961 Destruction of the panel painting. Muehl begins to slash canvasses as well as to work objects into his compositions; there arise three-dimensional works such as the junk sculptures—this is his „Actionist big bang“.

1962 Muehl, Hermann Nitsch and Adolf Frohner have themselves walled into the cellar known as the Perinetkeller. There, they create their joint manifesto: Die Blutorgel.

1964-1967 Muehl works on collages, in which he includes photos of his actions. Together with Brus, he founds the Institut für direkte Kunst [Institute of Direct Art]. He also takes part in the Destruction in Art Symposium (DIAS) in London with Hermann Nitsch, Kurt Kren, Günter Brus and Peter Weibel.

1967 Together with the author and philosopher Oswald Wiener, Muehl initiates ZOCK, a platform for public actions.

1970 Divorce from Friedel Muehl and establishment of the commune Kommune Praterstraße in Vienna’s Leopoldstadt district, later to be called the AAO – Aktions-Analytische Organisation [Action-Analytical Organisation]. Muehl begins to contemplate the idea of the commune as a way of living together within a society.

1972 Purchase of the Freidrichshof property in the community of Zurndorf, Burgenland. Muehl proceeds to develop the communal living project Kommune Friedrichshof. Free sexuality, common property, shared child-raising responsibility and the further development of artistic actions into action analysis and then into analytical „self-portrayal“ are fundamental elements within the commune.

From 1975, Muehl intensifies his painting and drawing activities. The variation of themes and painting styles is closely connected with, among other things, the art and politicsrelated film projects realised in the commune such as Vincent, Hitler, Picasso and Back to Fucking Cambridge. From 1986 onward, numerous material and structural studies harken back to the material paintings of the early 1960s.

1981-1989 The commune’s structure becomes similar to that of a cult, and Muehl adopts an increasingly self-glorified stance. There occur repeated incidents of sexual abuse of minors backed up by the ideology of „free sexuality“.

1988-1989 Criminal charges are filed against Otto Muehl and others. Evidence is destroyed by burning, giving rise to the Aschebilder [Ash Paintings]. Muehl marries Claudia Weissensteiner.

1991 The commune is dissolved after 21 years. The provincial court in Eisenstadt sentences Otto Muehl to seven years’ imprisonment for offences including „fornication with minors“ and „sexual intercourse with minors“, as well as „abuse of a position of authority“.

1991-1997 Muehl spends six and one half years in prison, where he continues to produce art. He is released in 1997 as a sick man, but with his stance unchanged: no apology to the victims, and energetic continuation of artistic productivity.

1998 Performance of the action-theatre work Muchl at the Burgtheater and an exhibition at the MAK, entitled 7.

From 1998, Otto Muehl lives together with seven artist-families in Portugal at the „artlife“ commune. Despite the progression of Parkinson’s disease, he remains artistically active, producing films of his everyday life. He participates in the exhibition la peinture comme crime, curated by Regis Michel at the Louvre in Paris.

2001-2005 Involvement with the work of Mondrian, creates the Shark Paintings.

From 2002 Development of computer-executed electric paintings. Alongside this, he creates so-called Excess Art Objects in which paint is applied to the canvas directly from the tube.

2004-2010 Muehl’s works are shown in numerous group and solo exhibitions, including at Vienna’s MAK and MUMOK, at the Falckenberg Collection of the private foundation Kulturstiftung Phoenix Art in Hamburg, at the Museum of Modern Art in New York and the National Museum of Modern Art in Tokyo und Kyoto, as well as at the Leopold Museum.

On 8 June 2010, Otto Muehl wrote an open letter to Danièle Roussel, which was read at the opening of the exhibition Otto Muehl at the Leopold Collection (see letter beneath the photo of Muehl). In this letter, Otto Muehl apologized for the first time to the victims and asked for forgiveness – a laudable step which was received with relief and elation.