The Brilliance of an Era 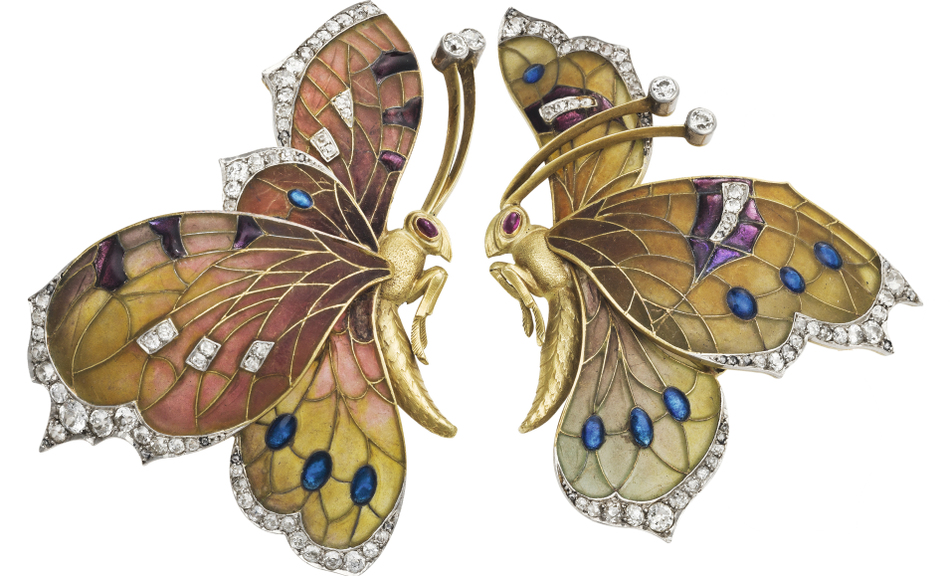 In early 2011, the Leopold Museum will be mounting Austria's most comprehensive exhibition to date on the topic of Art Nouveau jewellery. This exhibition is to present exquisite objects from the Hessian State Museum in Darmstadt as well as from private collections. The holdings of the Hessian State Museum are based on the Arts-and-Crafts collection of the Dutch court jeweller Karel A. Citroen (*1922). Citroen began collecting in 1952, at a point in time when it was not at all fashionable to collect artisan craftwork from the Art Nouveau. By 1959, the Amsterdam-based jeweller had succeeded in bringing together several hundred objects from all over Europe, with the main focus being on jewellery.

The 220 jewellery objects from Citroen’s collection number among the highlights of the Hessian State Museum’s holdings. Works on display will also include those of the renowned Parisian jewellers, goldsmiths and enamellers René Lalique (1860–1945) and Georges Fouquet (1862–1957), as well as creations by André-Fernand Thesmar (1843–1912) and Lucien Gaillard (1861–1933). At the close of the 19th century, René Lalique touched off a revolution in the field of jewellery design. He designed sumptuous jewellery for the fin-de-siècle world, and his customers included important turn-of-the-century personalities. These works’ richness of colours and forms, coupled with the preciousness of the employed materials, seems virtually inexhaustible. Lalique was also an inspiration for Viennese jewellery-makers around the turn of the century; the Viennese, however, then proceeded to develop their work in a completely different direction.

The peculiarity of Viennese Jugendstil art and the differences between it and the Art Nouveau style elsewhere in Europe are made clear with objects on loan from private collections, some of which have never or only seldom been shown publicly. In the collection of the Hessian State Museum, Viennese Jugendstil jewellery is represented by only a few pieces. While the Secessionists Joseph Maria Olbrich (1867–1908) and Kolo Moser (1868–1918) at first worked in the so-called “floral Jugendstil” style, the period that had begun by 1900 at the latest saw a the emergence of an underlying architectural theme which was oriented in particular toward the connection of vertical and horizontal structures.

1903 saw the establishment of the production community known as the “Wiener Werkstätte”. Its designers, above all Kolo Moser, Josef Hoffmann (1870–1956) and Bertold Löffler (1874–1960), held the view that jewellery as an art form should demonstrate not the wealth, but rather the individuality of its wearer. They preferred semi-precious stones and silver to diamonds and gold, for they believed that the value of their jewellery pieces was derived above all from their extraordinary design and quality of workmanship, and less from their actual material value. Germany is represented by Hans Christiansen (1866–1945) and by examples of jewellery from the jewellery-making centres of Hanau and Pforzheim. Jewellery from Denmark is also present in the form of works by Georg Arthur Jensen (1866–1935).

Furthermore, the exhibition includes Dutch jewellery by Bert Nienhuis (1873–1960) and Jan Eisenlöffel (1876–1957), as well as pieces by the legendary Russian goldsmith Carl Peter Fabergé (1846–1920). Belgian Art Nouveau is represented by works of the jewellery producer and designer Philippe Wolfers (1858–1929). Jewellery from Great Britain by William Hair Haseler (1864–1949) will also be shown, as well as pieces of jewellery and works in gold by the British architects and designers Henry Wilson (1864–1934) and Charles Robert Ashbee (1863–1942), and further objects produced by Liberty & Co.