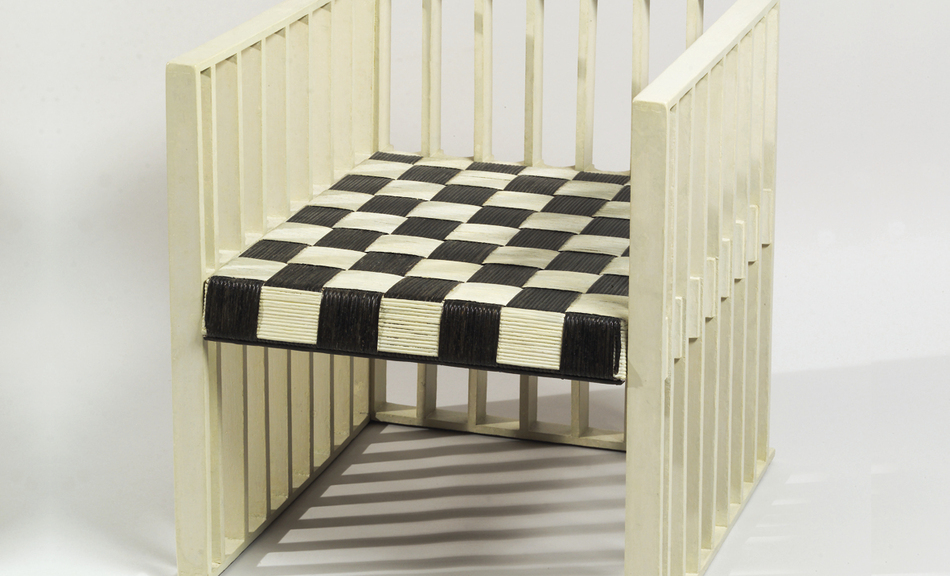 In 1904 the Wiener Werkstätte, founded by Koloman Moser, Josef Hoffmann, and Fritz Waerndorfer, received their most prominent commission – the interior design of the Purkersdorf Sanatorium. The industrialist Viktor Zuckerkandl had entrusted architect Hoffmann with the construction of something “between a modern hotel and a modern sanatorium,” which soon became a meeting place for Viennese society. Committed to the idea of the Gesamtkunstwerk, the furniture was designed to complement the architecture’s simple elegance. Koloman Moser’s cubic armchair, with its white-lacquered vertical slats and checkerboard-patterned woven cane seat, was originally designed for Klimt’s solo exhibition at the 1903 Vienna Secession but was eventually used in the seating arrangement of the sanatorium’s entrance hall. Today, the minimalist so-called Purkersdorf Armchair, which conforms to Hoffmann’s no-frills architecture style, remains a design icon of the Viennese Modern Age.