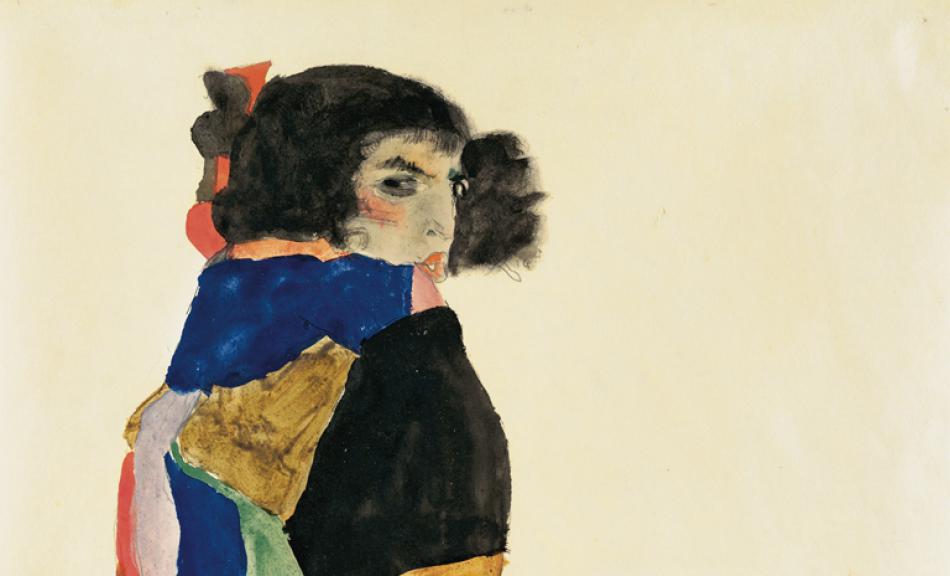 This watercolor shows a full-length, vertically elongated figure wrapped in a colorfully patterned fabric, with the drapery’s geometric lines obscuring the form hidden underneath. The body’s formlessness is emphasized by showing only the head in three-quarter profile and a hand emerging from the cuff. Out of the corner of her eye, this pale-faced figure’s over-the-shoulder gaze – disparaging, devious, dramatic – meets the viewer’s. Egon Schiele depicted here the dancer Moa, who performed together with his artist colleague, Erwin Dominik Osen. Both were friends of Schiele’s who modeled for him on many occasions, their effusive body language clearly intended for the stage. This 1911 portrayal shows how far Schiele had already surpassed Klimt. He transformed the archetype of Klimt’s draped figure into an outwardly expressive manifestation of physicality.