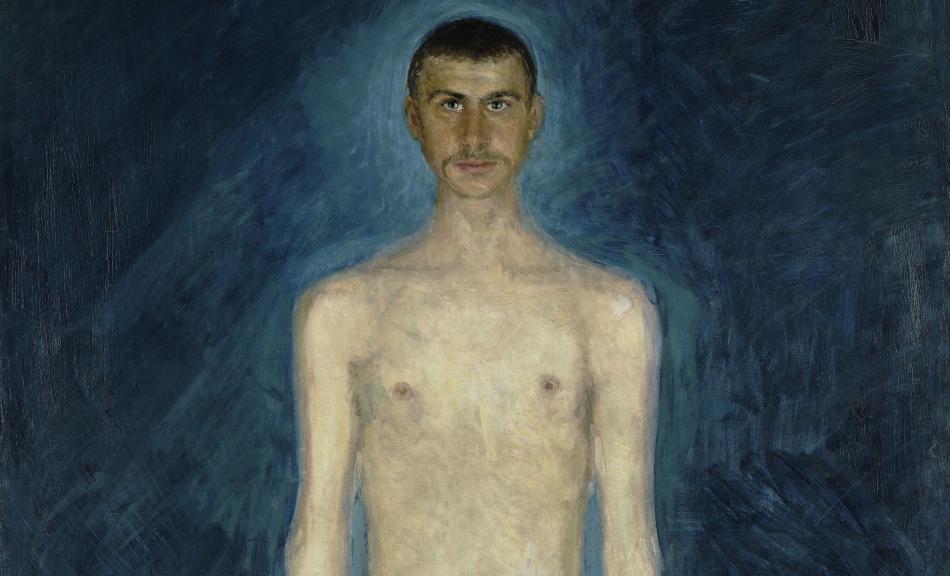 Richard Gerstl’s Semi-Nude Self-Portrait is one of his earliest depictions of himself and also one of the most radical. Against a blue background, the artist presents himself in defenseless frontal view, in which he bares his lean upper body, with only a loincloth wrapped around his hips. The presence of the body seems to illuminate the darkened space, imbuing the figure with the appearance of an aura His self-confident stare seeks to meet the viewer’s gaze and at the same time offers them a mirror image focused on the existential. The majority of the painting seems to have been created using tentative, sketch-like brushstrokes that seem scarcely developed in the area of the loincloth, while the subject’s face is rendered with absolute precision. This stylistic difference strengthens the pull of the suggestive, pointed gaze. Gerstl created the picture in 1904/05, before his turn to the gestural, expressive style of painting that was to characterize his last creative years.