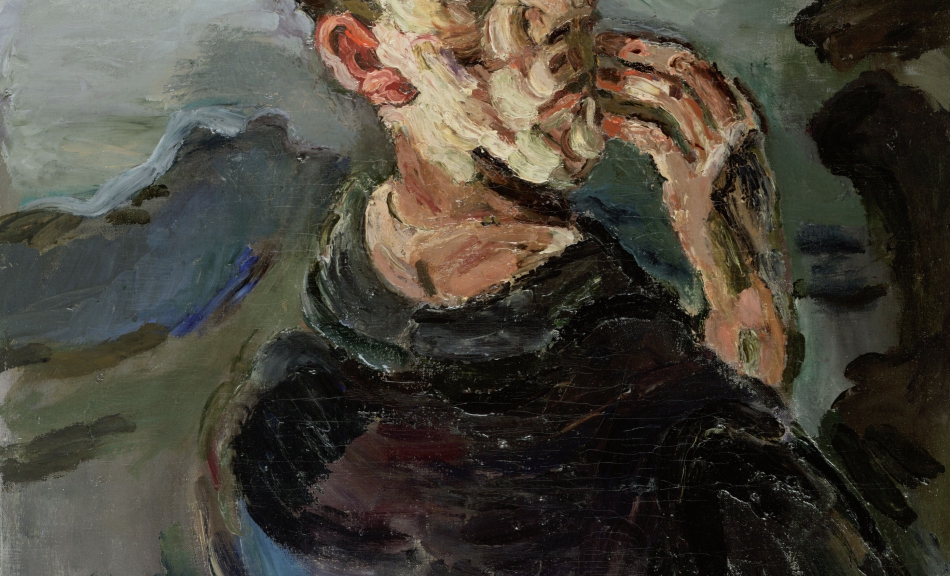 During his military service on the Isonzo Front in June 1916, Oskar Kokoschka suffered from shell shock, forcing an extended stay in a Dresden sanatorium. This expressive self-portrait was created in the Saxon capital, where he was offered a professorship at the Academy of Fine Arts in 1919. It is a visualized autobiographical document of Kokoschka's mental condition during these first Dresden years, which were marked by fears, inner conflict, and restlessness. Kokoschka presents himself with a questioning facial expression and in an ambivalent posture of estrangement and compassion. The hand touching the lips appears as a sign of self-doubt and speechlessness in the face of the tragic events of the First World War.