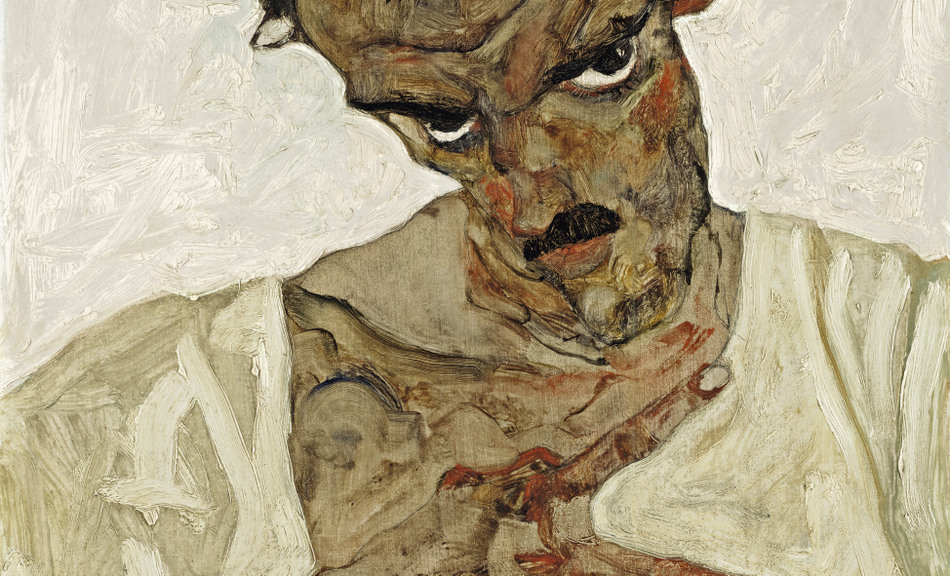 Between 1910 and 1915, Egon Schiele formulated an unmistakable "Austrian" form of Expressionism with his completely new, radically expressive style of representation, with which he renounced Klimt's strong influence and the Secession. This grotesque and eerie self-portrait emerged in connection with the large-format painting The Hermits. From this work, Schiele adopted the posture of the head and shoulders as well as the similarly splayed fingers. The artist's eyes, twisted upwards, come strikingly to the fore as the head tilts down. His dark face with sunken cheeks emanates from the pale background. The series of expressive self-portraits from 1912 was continued in 1914, when Schiele had himself photographed by Anton Josef Trčka. Each individual photograph plays effectively with expressive gestures and facial expressions.