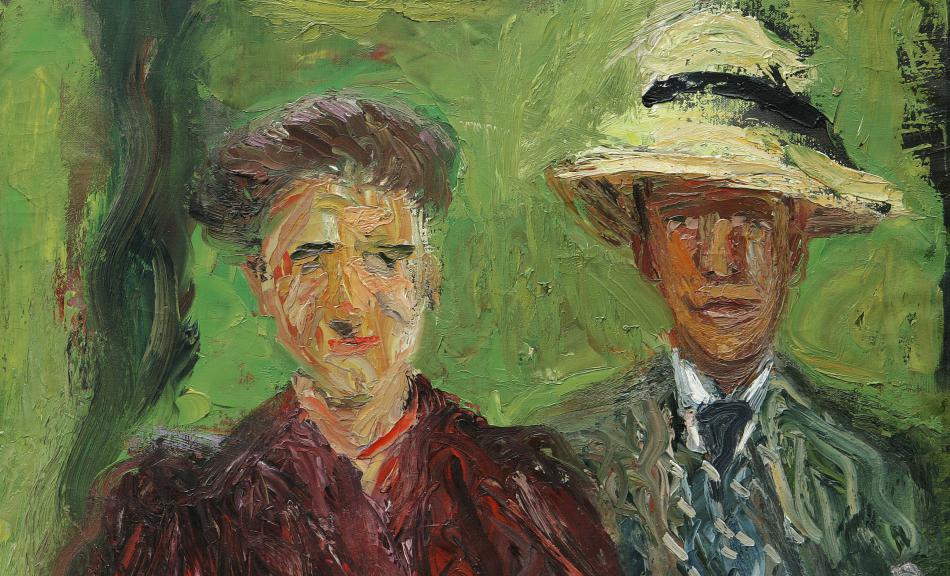 Richard Gerstl, Couple in the Countryside

At the invitation of Arnold Schönberg and his wife, Mathilde, Richard Gerstl spent the summer of 1908 in the company of the Schönberg circle in the Salzkammergut on the lake Traunsee. While the Schönbergs enjoyed their family vacation, Gerstl quickly began to create a series of life-size plein-air paintings, the first of which was probably Couple in the Countryside. The couple's identity remains unknown, but it is assumed that the woman is Mathilde Schönberg. The man sitting behind her has been associated with Arnold Schönberg in several instances, but also with Gerstl himself. The fresh green tones of meadow, hedge, and orchard differ from the bright yellow backgrounds of other portraits made in Gmunden in 1908, but the broad, sweeping brushstrokes and dramatic swirls and loops are in line with Gerstl's later style of painting.