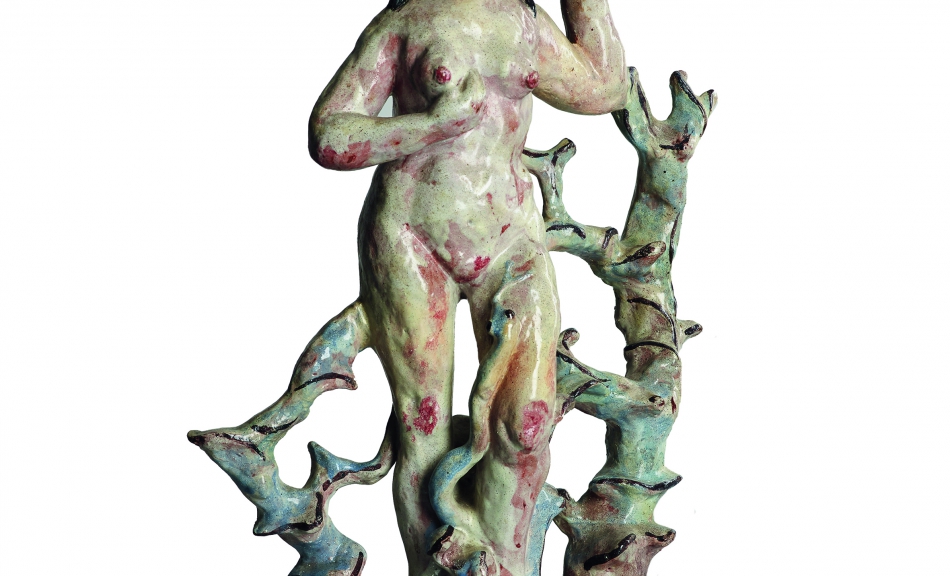 During the heyday of art and cultural life in "Vienna around 1900," female artists found themselves confronted with difficult educational and production conditions, which often forced them to retreat into the private and amateur spheres. Nevertheless, some – including Vally (Valerie) Wieselthier – succeeded in asserting themselves as part of the international art avant-garde. Wieselthier studied at the Vienna School of Arts and Crafts with Michael Powolny and Josef Hoffmann, among others, and from 1917 worked for the Wiener Werkstätte, for which she became artistic director in 1927/28 before emigrating to the USA. Characteristic of Wieselthier's objects is an expressive style evoked by a vibrant yet supple surface design and an animated, often deliberately splotchy, application of paint. In works such as Eve with Snake, which reinterprets the demonized female figure of Eve, Wieselthier succeeds in transforming the "handcrafted" ceramic into an autonomous sculpture.